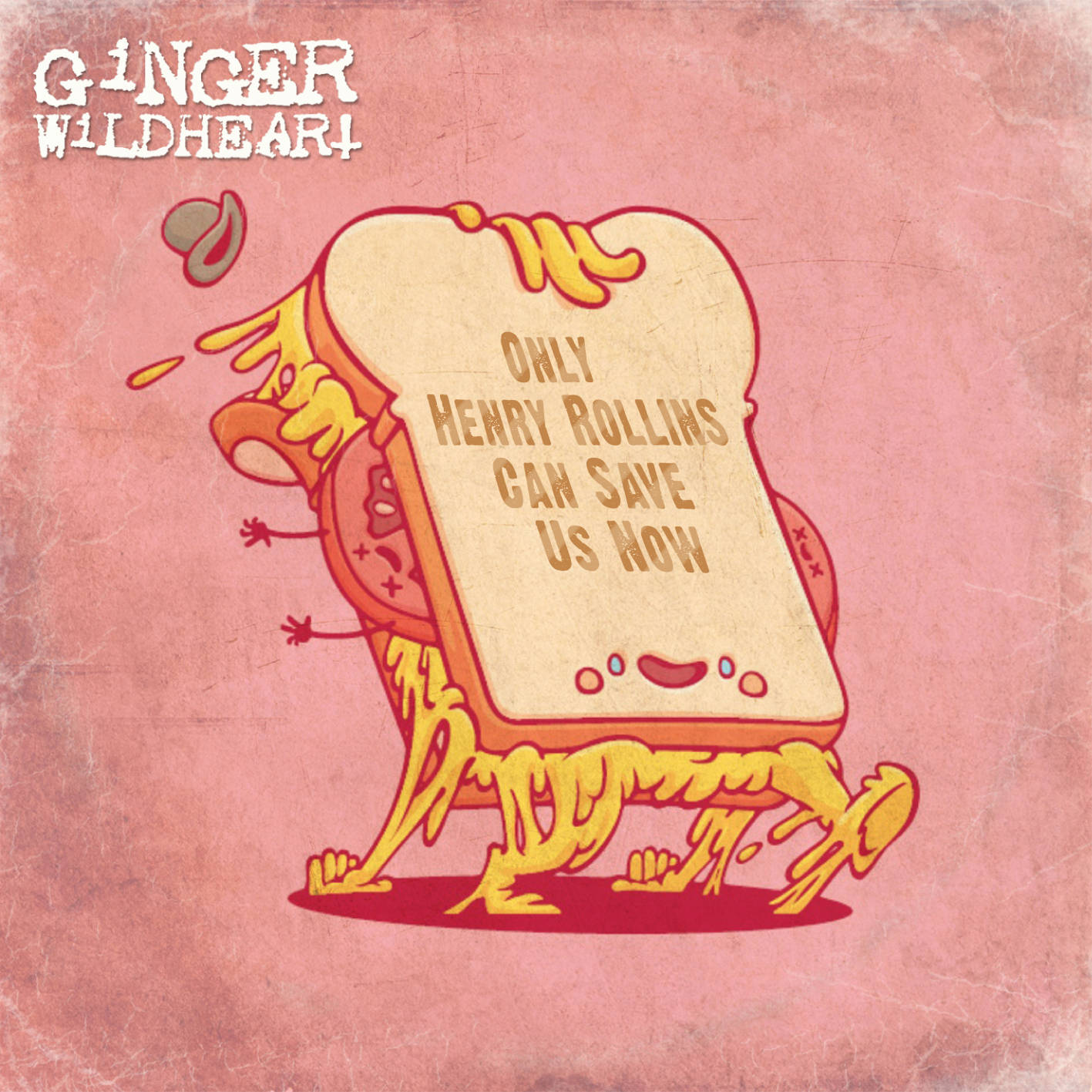 All songs written by Ginger
All songs mastered by Jon Astley @ Close to the Edge
Artwork by Harry Waine, graphic design by Vicky Peck

Only Henry Rollins Can Save Us Now

You nearly got away with the things that you did
But you forget I was doing this while you were booking gigs at the
YMCA, I’m an old dab hand
You can stick me in the desert I’ll learn to eat sand
I’ve been down here before, on the floor more times than
Traci Lords, I’ve been treading the boards.
Taking the blows while you were striking a pose.
Finding me feet while you were filling your nose.

Jackass said “out of sight is out of mind” you’ll find I’ve got a dozen spiders eyes
in the Back Of My Head I can see right through whatever the fuck you think you’re trying to do.

Okay, so we were friends..that makes it weird..

But not impossible, it just means you ain’t gonna end up in a hospital.
Got to use my head, got to think this through
Now what would someone one smarter than me do?

So I tell you what I did, I got online
I got an email address for Henry in no time.
I sat by the Mac and I started to write
Mr Rollins, I said, could I have some advice?
I’ve got this thing I’ve been working on
It’s kind of a problem and kind of a song
It’s in demo form, but can I send it to you?
It’s called “what would Henry Rollins do?”
I’d be honoured to have you appear on the track
And within one hour Hank came back

And this he wrote – quote unquote

“I DON’T WANT TO BE IN THIS THING AT ALL”

I’m gonna dismiss you like a bug on a dustbin lid. Thanks Henry.