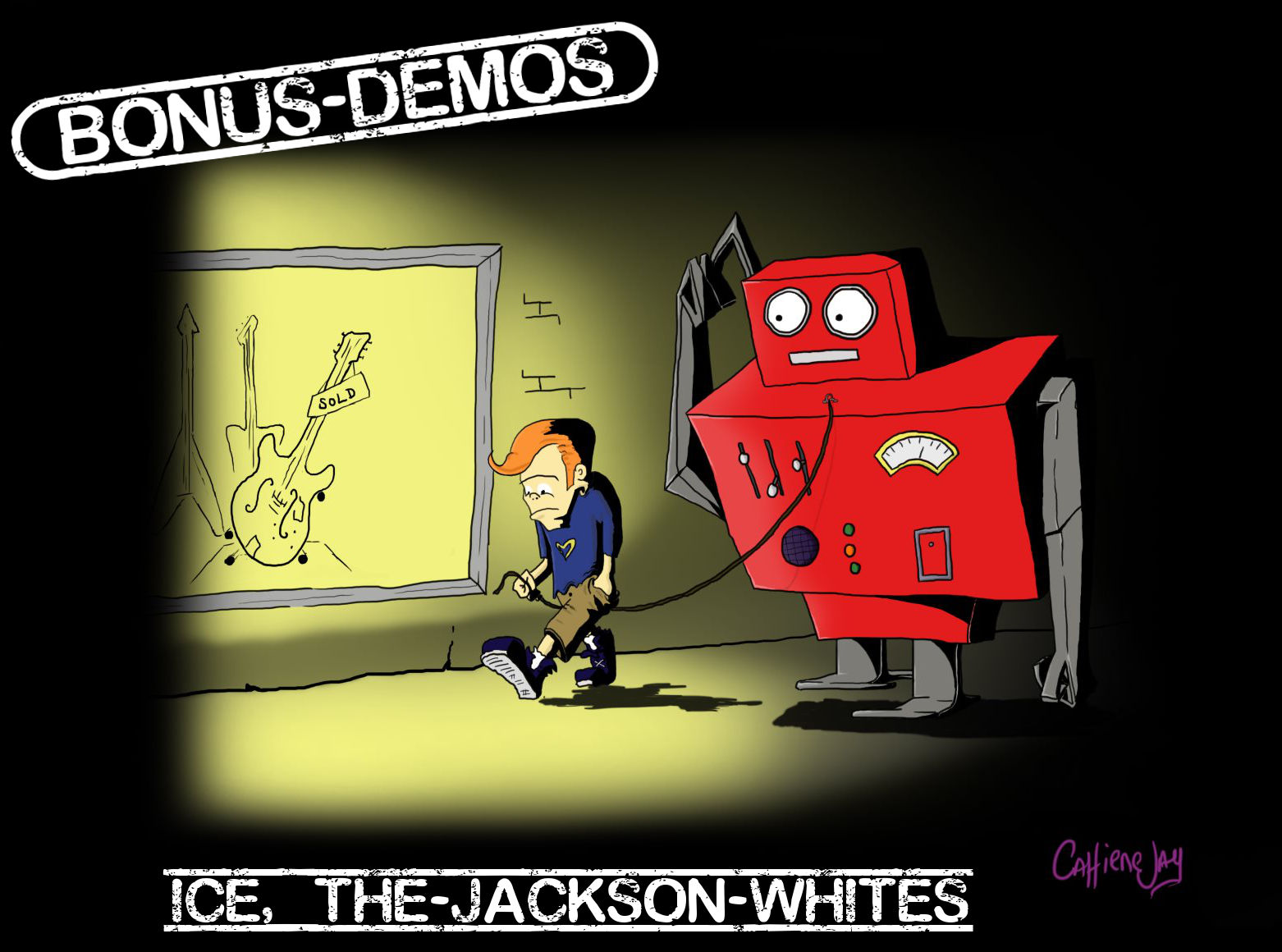 ICE - I'd been given a brief to write some pop/rock songs for a Japanese artist, something that sounds like Ginger. I penned a few songs (I'm sure we'll be sending you the others in due course) and the artist didn't like them because they were too melodic and sounded too much like The Wildhearts. This has happened a few times, once for a proposed movie soundtrack where the director insisted I write something as he was a huge fan (No Way Out But Through), then complained that it sounded too much like me writing a song for a film. This is why I don't write for people very often. This song was recorded with Jase Edwards.

THE JACKSON WHITES - This is a home demo that I made of The Jackson Whites, the first track written for Chutzpah!, in New York City, 2008. This was before bringing it to the band, where we made a further demo of it in Finland, recorded by our manager at the time, Virpi, which also featured standard tuning. The decision to drop the tuning was made in Denmark as we were actually recording the album. So much for demos, eh?